If we were to push our branch to Gerrit, it would show up as 3 dependent commits for commenting / approvals. Sometimes this is exactly what we want. We would like others to review our changes in three steps. At other times, we want a series of "micro-commits" to be combined into one larger body. Please take some time to consider how many commits you would like in Gerrit! We need to collapse our three commits into a single commit. This is easily accomplished using the git rebase command. What we are going to ask git to do is create one commit from the three that we currently have. The command is: 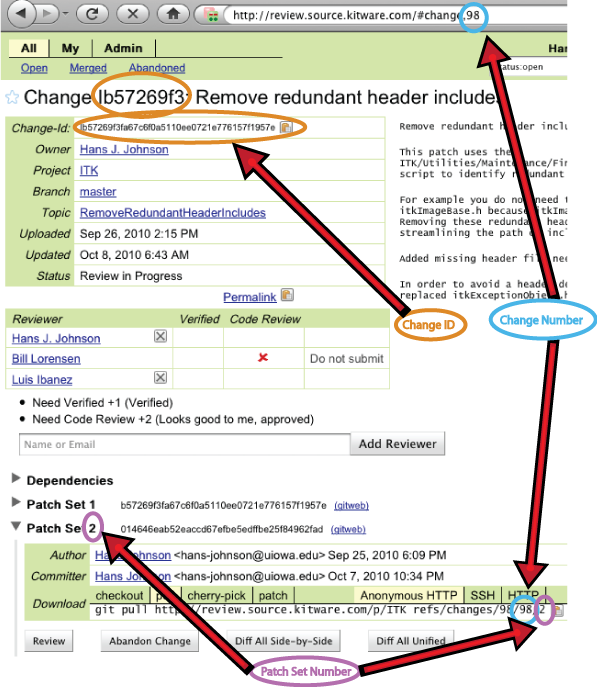 Then simply push this newly created patchset (by name 1f58239) to Gerrit.