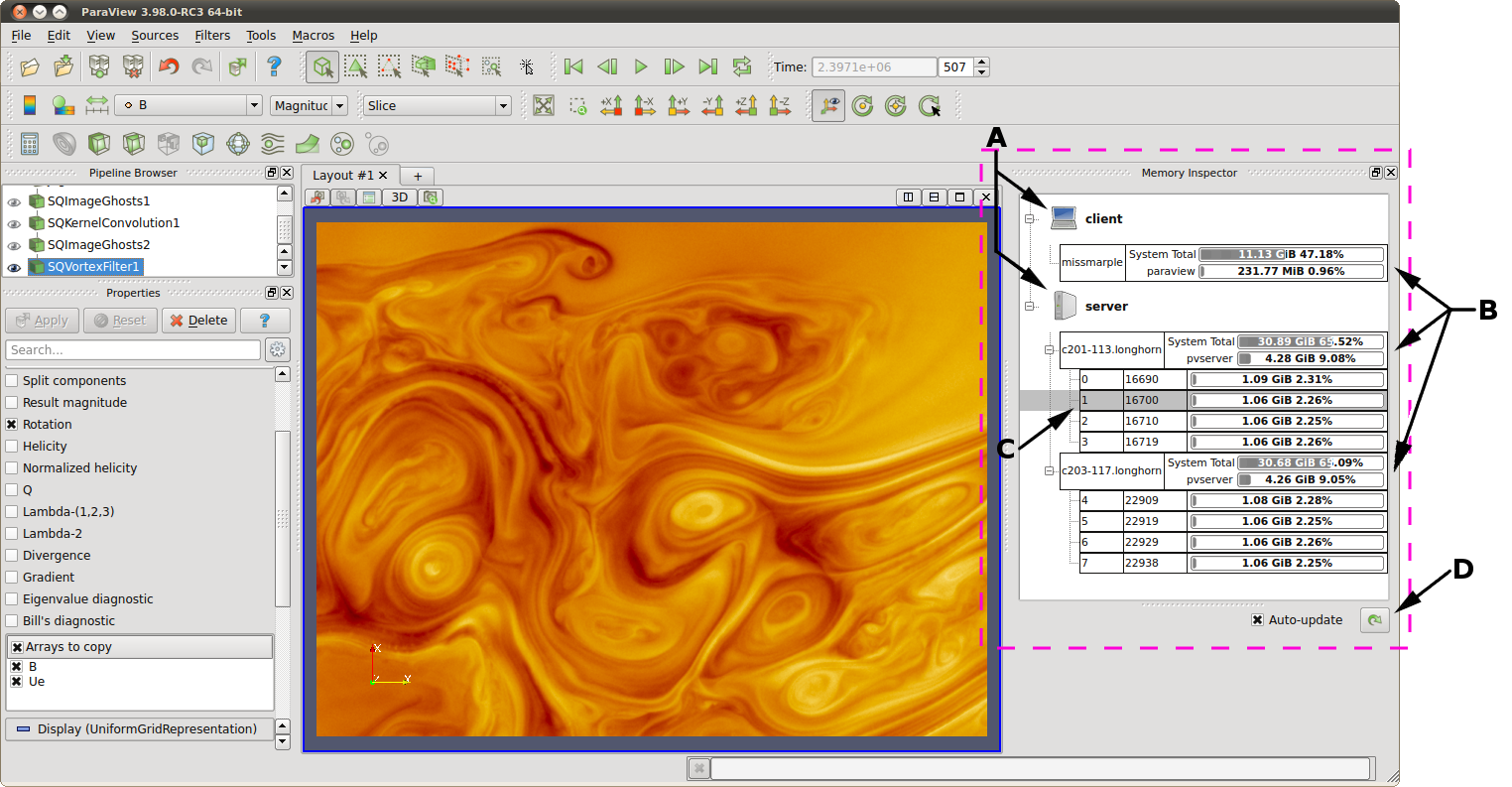 The Memory Inspector Panel provides a local/remote command feature allowing one to execute a shell command on a given host. This feature is exposed via a specialized Rank item context menu. Because we have information such as a rank's process id, individual processes may be targeted. For example this allows one to remotely attach a debugger to a specific pvserver rank. If the target rank is not on the same host as the client then the command is considered remote otherwise it is consider local. The difference between local and remote commands are that remote commands are executed via ssh while local commands are not.