On the same dialog box you also have control over whether or not the center of rotation should be annotated. This annotation demarcates the location in space about which the camera rotates. ParaView uses the center of the initial data set loaded into the pipeline as the default value. You can control this placement and display of the center of rotation display via the Center Axes Control" toolbar (View menu, Toolbars, Center Axes Control. If you need to specify an exact coordinate you may do so via the Adjust Camera dialog exposed by the righmost button on the left set of buttons above the 3D view. 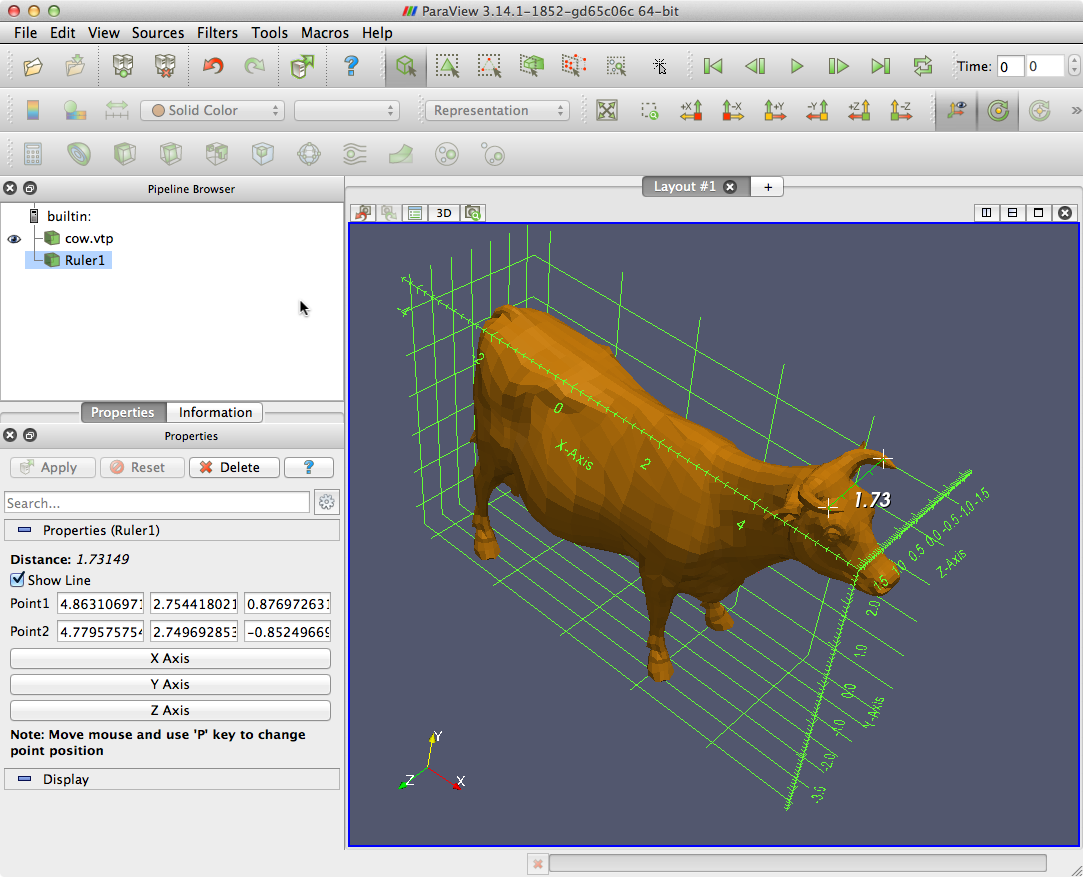 Pressing the Edit button next to the enable checkbox brings up a dialog that lets you customize the presentation of the axes display. You have one tab on this dialog for each of the three axes. Use the Title' entry to specify a label. Use the Show Axes checkbox to enable or disable the given axes. Show Ticks and Show Minor Ticks let you customize the division markers along the axis. Show Grid Lines extends the major tick marks so that they completely surround the object. The Custom Bounds entry allows you to specify your own extent for that axis label.