From the Set Outline Color button (enabled when Interactive is checked), you can change the color used for displaying the bounding rectangle. This is useful for making the outline more visible if its current color is similar to the color of the background or any object behind the outline (if the orientation axes are placed in front of a data set). The orientation axes are always drawn in front of any data set occupying the same portion of the 3D view. The Axis Label Color button allows you to change the color of the labels for the three axes. The reasons for changing the color of the axis labels are similar to those for changing the outline color.

On the same dialog box, you also have control over whether or not the center of rotation should be annotated. This annotation demarcates the location in which the camera rotates. ParaView uses the center of the initial data set loaded into the pipeline as the default value. You can control this placement and display of the center of rotation display via the Center Axes Control toolbar (View|Toolbars|Center Axes Control). If you need to specify an exact coordinate you may do so via the Adjust Camera dialog exposed by the rightmost button on the left set of buttons above the 3D view.

Once the text has been added to the 3D view, you can reposition it by left-clicking and dragging the text. (A bounding box will be displayed around the text.) By default, the text is displayed in the lower left corner of the 3D view.

The Text Property section of the Display tab allows you to specify various parameters relating to the font used for displaying the text. The Font Size spin box determines how large the letters in the text will be. The Font menu determines which font type will be used: Ariel, Courier, or Times. The three buttons beside this menu indicate whether the text will be drawn boldfaced, italicized, and/or using shadows. The Align menu specifies whether the text will be left, center, or right-aligned within its bounds box. The Opacity spin box determines how opaque the text appears. An opacity value of 0 corresponds to completely transparent text, while an opacity value of 1 means completely opaque text. The Color button beside the Opacity spin box allows you to choose a color for the text.

If Use Window Location is checked, then the six buttons in that section of the interface become available. They allow you to choose various locations within the view for anchoring the text. Using the top row of buttons, you may place the text in the upper left corner, in the top center of the view, or in the upper right corner. The bottom row of button behaves similarly for the bottom portion of the 3D view.

You can control the placement of the 3D text in two ways. First, the Display tab for all sources and filters shown in a 3D view have controls to position, translate, rotate, and scale the object via textual controls. However, it is often easier to use a the Transform filter for the same purpose. The transform filter allows you to drag, rotate and scale the object via either the 3D widget in the scene, or via the text controls on its Properties tab.

The Annotate Time source and filter are useful for labeling a time-varying data set or animation with ParaView’s current time in a 3D view. The distinction between the two is somewhat abstract. VTK's temporal support works by have the pipeline request data for a particular time; the text source displays exactly this. VTK's sources and filters are allowed to produce data at different times (usually nearby producing data that changes over a step function in time). The annotate time filter shows the data produces by an given filter.

In either case, the annotated time value is drawn as a 2D label, similar to the output of the Text source. The Properties tab for this filter provides a single text box labeled Format. From this text box, you may specify a format string (print style) indicating how the label will appear in the scene. As with the output of the Text source, this label may be interactively repositioned in the scene. The Display tab for this source is the same as the one for the Text source; it is described earlier in this section.

Figure 9.6 Using the Annotate Time filter to display the current time in a time-varying data set

As the name implies, the ruler allows for some quantitative measurement of the data. The ruler produces a Line widget in the 3D scene. It is most effective to use the 'P' key to place the two ends of the line in the 3D scene in turn. When placed the Properties tab, the ruler lists the length of the line you've placed in space. In Figure 9.7, a ruler is being used to measure the distance between the cows horns.

Finally, in the Annotation area of the Display tab of any object shown in a 3D view, you can toggle the display of a Cube Axes Display. Like the ruler source, the cube axes allows you to inspect to world space extent of objects in the scene. When this display is enabled, a gridded, labelled bounding box is drawn around the object that lets you quickly determine the world space extent in each dimension of the object. 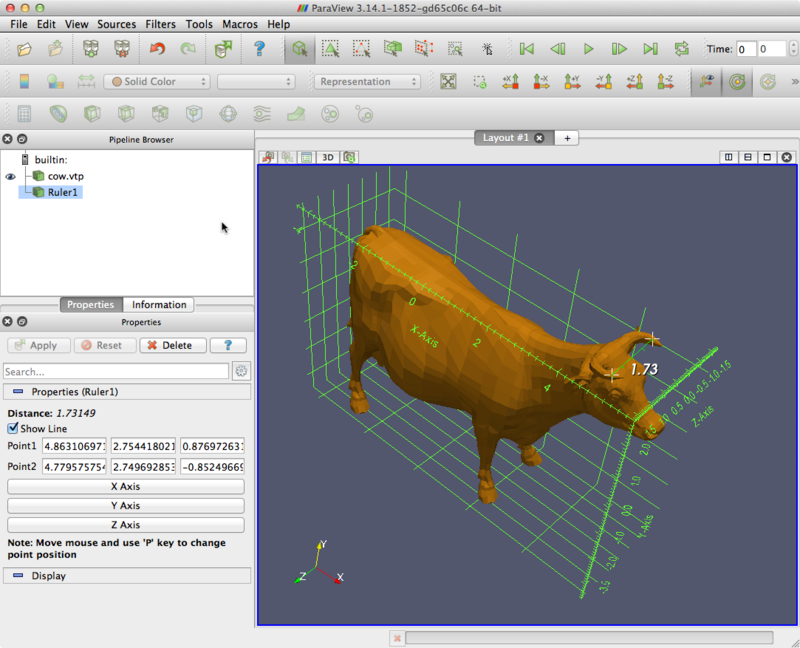 Figure 9.7 Cube Axes and Rulers used to measure a cow and its horns

Pressing the Edit button next to the enable check box brings up a dialog that lets you customize the presentation of the axes display. You have one tab on this dialog for each of the three axes. Use the Title entry to specify a label. Use the Show Axes check box to enable or disable the given axes. Show Ticks and Show Minor Ticks let you customize the division markers along the axis. Show Grid Lines extends the major tick marks so that they completely surround the object. The Custom Bounds entry allows you to specify your own extent for that axis label.

At the bottom of the dialog box are controls over all three axes. The Fly Mode drop-down controls the way the axes are drawn on different axes dependent on the camera orientation. Outer Edges draws opposing edges so as to space the annotation as widely as possible. Closest Triad and Furthest Triad draw the nearest and furthest corners respectively. The two static options lock the choice of edges to draw so that they do not change as the camera moves. Tick Location draws the tick marks inward toward the center of the object, outward away from the center, or in both directions simultaneously. Corner Offset puts some space between the actual bounds and the displayed axes, which is again useful for minimizing visual clutter. Finally you have control over the color of the axes through the Set Axes Color pop-up color selector.