Loading data is a fundamental operation in using ParaView for visualization. As you would expect, the Open option from the File menu and the the Open Button from the toolbar both allow you to load data into ParaView.

There are also data set sources (available in the Sources menu) in ParaView that create data sets without loading data files. 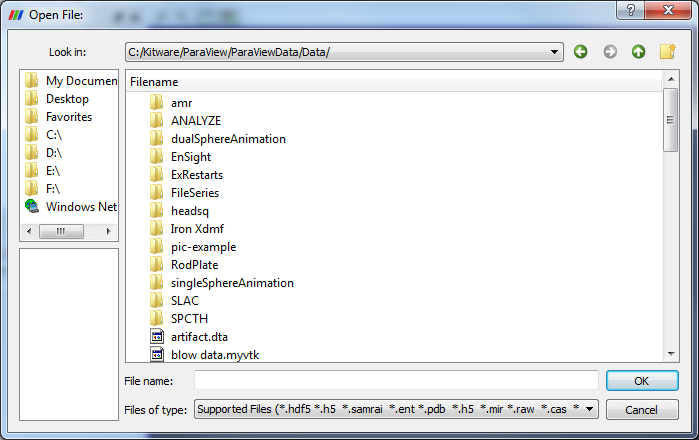