Once again, once you build with OSMesa support, it will not take effect unless you launch the server with the --use-offscreen-rendering flag or alternatively, set the PV_OFFSCREEN environment variable on the server to one. 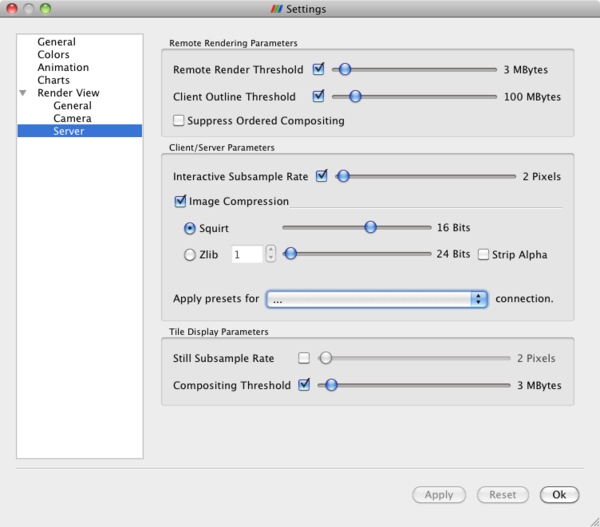 Interactive Subsample Rate: The time it takes to composite and deliver images is directly proportional to the size of the images. The overhead of parallel rendering can be reduced by simply reducing the size of the images. ParaView has the ability to subsample images before they are composited and inflate them after they have been composited. The Interactive Subsample Rate slider specifies the amount by which images are subsampled. This is measured in pixels, and the subsampling is the same in both horizontal and vertical directions. Thus, a subsample rate of two will result in an image that is ¼ the size of the original image. The image is scaled to full-size before it is displayed on the user interface, so the higher the subsample rate, the more obviously pixilated the image will be during interaction as demonstrated in Figure 12.4. When the user is not interacting with the data, no subsampling will be used. If you want subsampling to always be off, unmark the check-box beside the Interactive Subsample Rate slider.