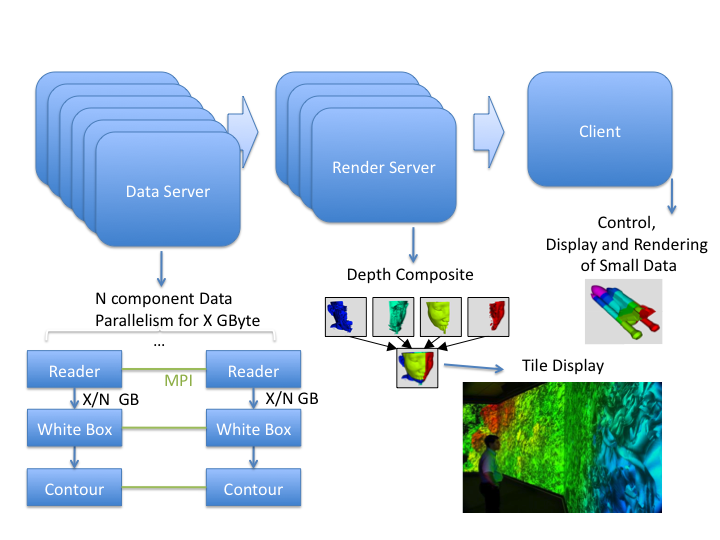 The three logical components can be combined in various different configurations. When ParaView is started, the client is connected to what is called the built-in server; in this case, all three components exist within the same process. Alternatively, you can run the server as an independent program and connect a remote client to it, or run the server as a standalone parallel batch program without a GUI. In this case, the server process contains both the data and render server components. The server can also be started as two separate programs: one for the data server and one for the render server. The server programs are data-parallel programs that can be run as a set of independent processes running on different CPUs. The processes use MPI to coordinate their activities as each works on different pieces of the data. 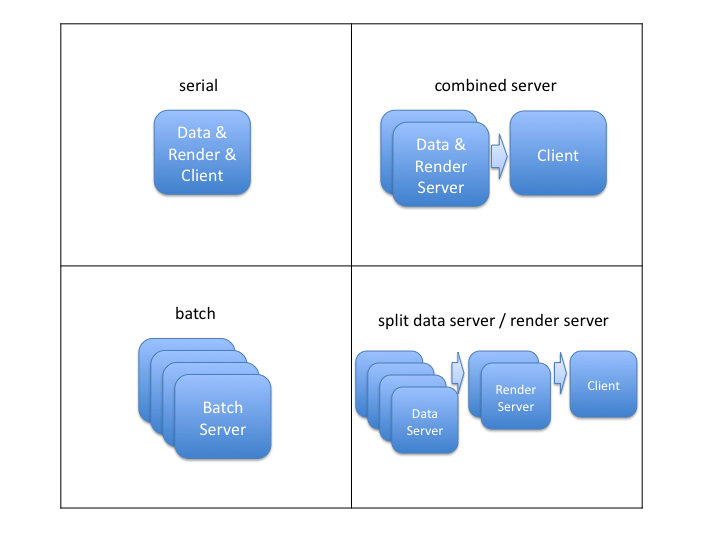 Until recently, in order to use ParaView's parallel processing features, you needed to build ParaView from the source code as described in the Appendix. This was because there are many different versions of MPI, the library ParaView’s servers use internally for parallel communication, and for high-performance computer users it is extremely important to use the version that is delivered with your networking hardware.

As of ParaView 3.10 however, we have begun to package MPI with our binary releases. If you have a multi-core workstation, you can now simply turn on the Use Multi-Core setting under ParaView's Settings to make use of all of them. This option makes Parallel Data Server mode the default configuration, which can be very effective when you are working on computationally bound intensive processing tasks.

Otherwise, and when you need to run ParaView on an actual distributed memory cluster, you need to start-up the various components and establish connections between them as is described in the next section.