The proposed changes attempt to be backwards compatible with the current optimization framework.

The UML like diagrams on this page were created with DIA. The source files for these are available here.

Currently all cost functions are subclasses of itk::SingleValuedCostFunction or itk::MultipleValuedCostFunction. These two classes are pure virtual, forcing the user to implement a GetDerivative() method. This assumes that the optimized function is differentiable. When this is not the case, developers either provide a bogus derivative which is problematic if they unintentionally use an optimizer that utilizes this information, otherwise they often throw an exception. The current and proposed hierarchies are given below (these are not valid UML diagrams). 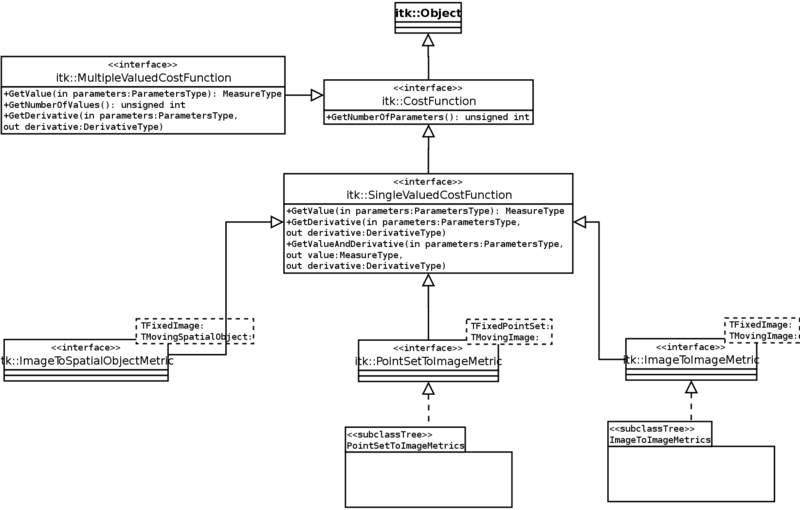 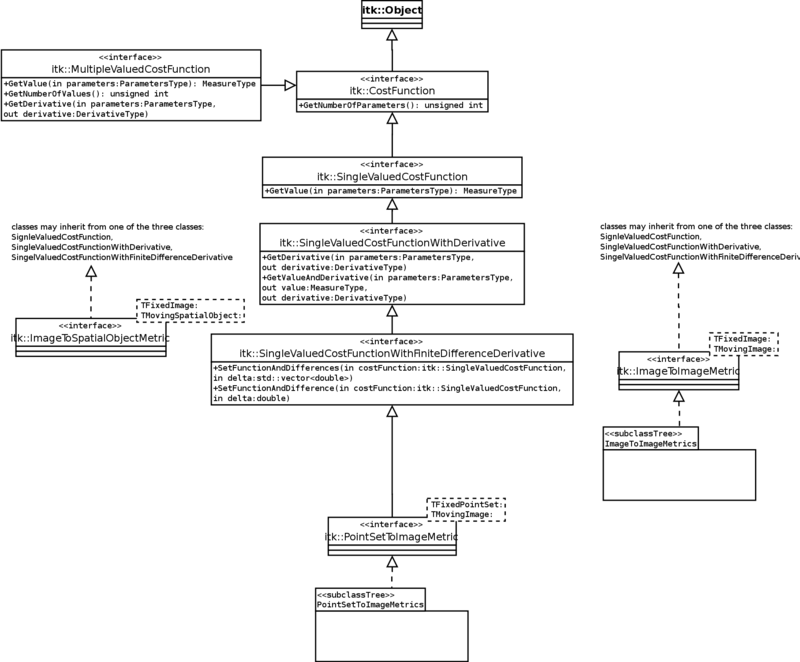 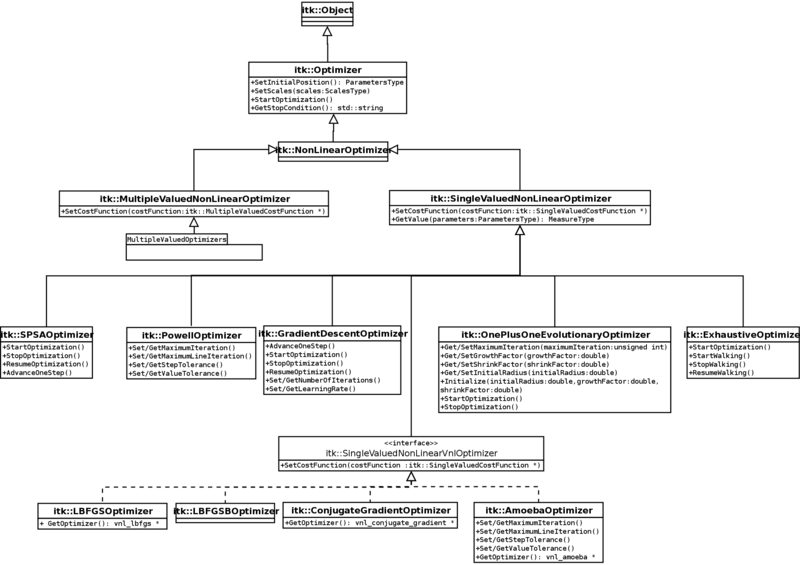 
The itk::Optimizer class seems to be intended for nonlinear optimization, its functionality should be pushed down to itkNonLinearOptimizer. This assumes that the intention is that itk::Optimizer be the superclass for all optimizers, including linear program optimizers such as Dantzig's Simplex?


Why does the SetCostFunction receive a raw pointer to the cost function and not a smart pointer?

Why is the AdvanceOneStep method public?

The assertion that the scales vector size is appropriate is performed in each step [ln. 189-196], this makes sense if AdvanceOneStep is public, otherwise it is more appropriate to have this assertion performed once, in ResumeOptimization [ln. 108].

The ivar m_Initialized is never use and should be removed.

Why does this class have an Initialize method and corresponding Get/Set methods to set the same variables? I believe the ITK interface is via Get/Set and that the Initalize method should be removed.

Not clear why there are two methods that return the current cost function value, beyond the const difference, GetCurrentCost(), GetValue().

Why is the internal vnl optimizer exposed, via the GetOptimizer() method?

The classes are not consistent, amoeba, conjugate gradient, and LBFGS do have the GetOptimizer() method and LBFGSB does not.

The main difference is that the explicit references to vnl have been removed. ITK should provide a consistent interface. The underlying implementation be it native ITK or an optimization library is not exposed to the user.

Optimizers that do not use derivatives:

Optimizers that use derivatives: